Due to the COVID 19 epidemic, orders may be processed with a slight delay

Why America Still Needs Guns? Growing up, there was a room in my grandparents’ home where I wasn’t allowed to go. This room held my grandfather’s hunting rifles and a bow and arrow. Although they were locked in an armoire and never loaded, I knew it was best for me to play elsewhere. I was raised conscious that guns could be dangerous if used incorrectly. You can also buy guns online Order now or Continue reading 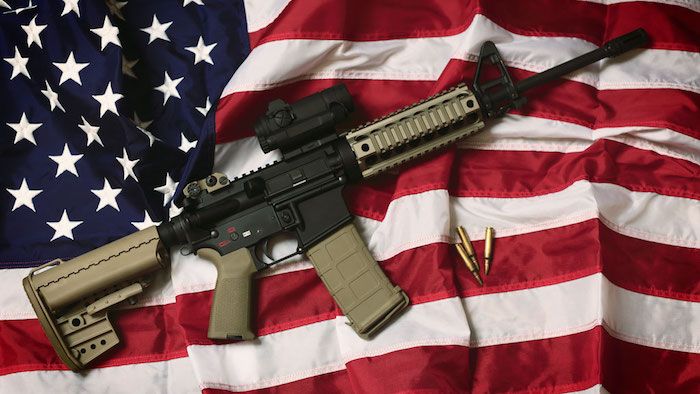 I also realized that members of my family enjoyed hunting together, cooking the meat they’d earned, and sitting down for a meal of venison or turkey. Guns are a unifying force for my family as well as many communities across the country. Unfortunately, the safe, recreational facet of guns is often forgotten. Episodes of violent mass shootings have skewed perceptions of what guns represent and who gun owners are.

Since this country was founded, the right to own a gun has been fundamental to the American way of life. Historically, we have gathered food, practiced sport, and protected ourselves — at home and abroad — with guns. But despite playing an integral role in the lives of patriots, pioneers, and present civilians alike, guns are overwhelmingly recognized by today’s media as weapons of destruction.

The Second Amendment was drafted in an era when even the most advanced weaponry could only fire a few shots per minute, covering only a fraction of the distance of today’s weapons. American patriots insisted on having the right to own guns in order to fight for their country.

Today, we can shoot rounds as quickly as one can pull a trigger, and, with semi-automatic and automatic weapons, even faster. Moreover, most guns today serve as sports equipment and collector’s items. They are a means to defend ourselves, not to wage war.

Some argue that the Second Amendment should evolve as these circumstances change. Rather than rushing to abolish the Second Amendment entirely, however, we should remember that there are crucial differences between common household guns and automatic or assault weapons. Common firearms like handguns, revolvers, and rifles require one trigger pull per shot. On the other hand, automatic weapons can continue to fire until the ammunition runs out or the trigger is no longer held. The difference in potential damage caused by these two classifications of guns is immeasurable. You can also buy guns online Order now or Continue reading

The distinctions between gun owners are as evident as those between their guns. Those who carry weapons as a means of protection, sport, or hobby are sometimes conflated with those who own assault weapons as a means of destruction. In times of horror, such as the ones the U.S. has recently faced, it is easy to forget that the vast majority of gun owners are sane, law-abiding citizens. Not all individuals who own guns do so to harm others; for most, gun ownership exemplifies personal freedom and patriotism.

Over the summer, I shot a handgun for the first time. I was in a safe environment and under the careful instruction of a certified adult. I was not afraid of the weapon; in some ways, I felt safer holding it. I was raised in an environment where hunting and gun use were common. I know that there is a right and wrong way to handle firearms. And so do millions of other Americans who have grown up the same way.

I am not abnormal for knowing how to handle or shoot a gun. Over 40% of Americans live with one or more guns in their home. 55% of us have shot a firearm at some point. Of gun owners, 67% say they own a gun for protection, while 38% own one for hunting, 30% for sport shooting, and 13% for collections.

Assault weapons, however, are unequivocally lethal. These weapons destroy whatever lies in their path. Bump stocks, modifiers, and silencers are not household self-defense machinery. Assault weapons are not the subject when talking about the average American gun owner. Weapons within this classification should be more heavily regulated, if not outlawed completely. Even the National Rifle Association (NRA) now opposes bump stocks, which were used by the Las Vegas gunman to commit mass murder.

Our country has been devastated by the incorrect use of guns. But because of this we often blur the lines between those who do no wrongs and those who commit atrocities. There is no excuse for the mass murders committed with firearms most recently in Las Vegas. The crimes at Route 91 Music Festival, Columbine High School, Aurora Theater, Sandy Hook Elementary, and Pulse Nightclub, among too many others, cannot be forgotten. You can also buy guns online Order now or Continue reading

Growing up in a state where gun ownership is common and safe has shown me that guns should not be eliminated. Instead, we must find a middle ground. Assault weapons have no place in our neighborhoods or homes, but there is a difference between owning an assault weapon and using guns for defense or recreation. We must protect civilians from madmen like Stephen Paddock, but we must also respect the right to bear arms.

Your email address will not be published. All fields are required